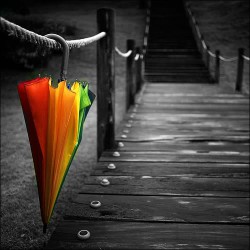 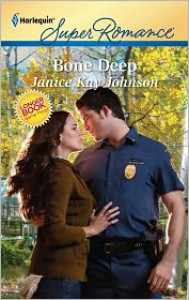 Kat Riley is the owner of a successful nursery.

After all the hard work she put in it, she finally got some credit - she's been named Business Owner of the Year. Unfortunately, she doesn't get to ride the high for long - finding a human bone in your fertilizer tends to do ruin it.

She couldn't help but think that it might belong to her husband that disappeared 5 years ago. She still didn't come to terms with it, but at least most of the people stopped looking at her suspiciously - she sure as hell had nothing to do with it, but some folks still think her guilty. Having the bones appear around her, doesn't exactly help.

And then there's Chief Grant Haller.

There's definitely some chemistry between them and Kat's done everything she could to deny it. Unfortunately, now she has no choice. And soon everybody will be aware that something is going on. Nobody will buy that Grant just happens to develop an interest in gardening - the man can't even keep a single shrub alive!

I liked Grant - he's honorable, gentle with Kat and above else patient - he definitely needed it. Kat's been denying him for years and the man didn't give up - I admire him for it. Now he's torn between his job and the woman he loved for years.

Kat is more problematic. Her marriage was far from happy, but she did everything she could to hide from the facts. Her husband was a lying scumbag, but she managed to convince herself that she didn't deserve better. So she's wary when men are in question. Case in point - Grant.

I didn't like the suspense part of the book much. I would've preferred if more attention was paid to Kat&Grant's relationship. And I didn't like Kat's behavior in the end, I get that she was trying to protect him, but still...

And I admit that I know nothing about proper procedure about dealing human remains in small towns or evidence in general, but I found it a bit odd. The chief just picks up bones and carries them to the doctor? No searching for evidence or anything. As I said, it might be that I watch way too much CSI, NCIS or cop shows in general, but it was kinda odd.